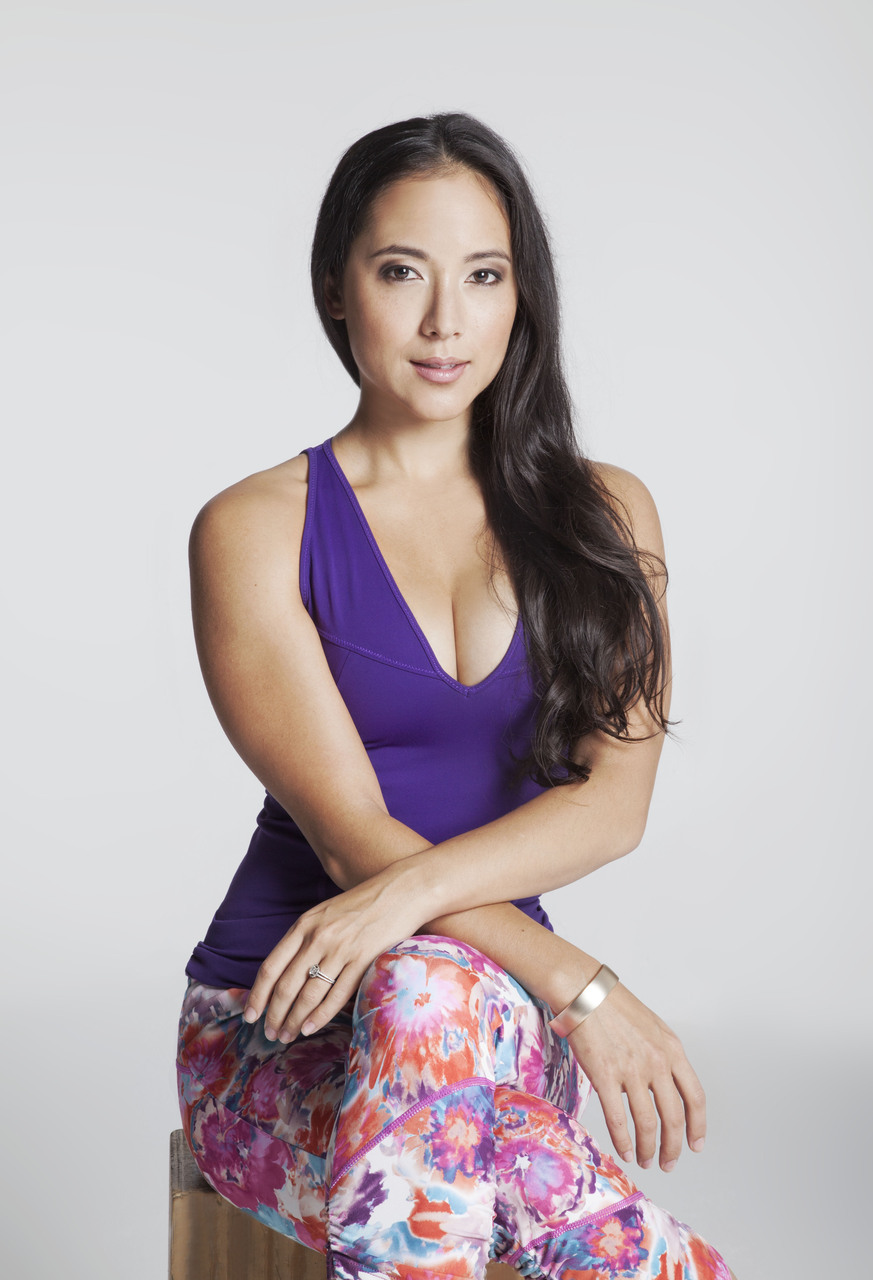 Sound the trumpets! The fabulous Briohny Smyth has joined the KiraGrace Inspiration Team!! With roots in Bangkok, Tokyo, Hong Kong, London, Sydney, New York, Houston, and Los Angeles, Briohny Smyth truly knows the meaning of living an adventurous life. A child pop star in Asia with a platinum album by the time she was thirteen, Briohny was thrust onto the world stage at an early age. Struggling with the pressure of child stardom, she developed a life-threatening eating disorder. After years of suffering, she discovered yoga in 1999 and the healing process began. Through the teachings of yoga and the comfort of wholesome, therapeutic community, she found health and healing for her body, mind, and spirit. After the birth of her daughter in 2004, Briohny decided to devote her life to the practice and became a yoga teacher. She is now a world-renowned teacher and leader, traveling the world with her husband Dice and sharing their signature Fit-Flow classes, teacher trainings, and retreats. Briohny is best known for her speciality in inversions and arm balances, and her Equinox videos âThe Contortionistâ and âThe Balancing Actâ have reached over 7 million viewers.

Her grace, honesty, and tenacity inspires the hearts of those around her. We are so ecstatic to welcome her to our team, and we'd love to share this exclusive two-part interview with Briohny by Kira herself!

Kira: We read in your bio that you found the yogic path earlier than most â around the age of 15! From your perspective as a practitioner and a teacher, how has the yoga community changed over the years?

Briohny Smyth: Oh, I like that question! I think I have changed. The greatest thing about yoga is that it doesn't have requirements like a religion. I think this is one of the great things about yoga... It's a practice that follows you through life. It's there for you at any different stage. For me, I've changed, so I think I'm able to see things a little bit more clearly now. In the beginning, yoga was a safe place for me... In Thailand back then there was only Bikram, that was all I could find! I wasn't part of a community, it was more of just this quiet place I could go to on a 6x2 ft mat. It wasn't a community it was just a safe haven.
Then as I started practicing in LA and becoming more a part of the yoga community, it was fun! But as I started to get deeper and deeper into the yoga community, I realized that it was quite cliquey... I learned a lot in terms of asana from some great people. But it has changed in that you have to be a little more careful with who you end up connecting with, because you have to keep yourself safe too... I just make sure I have my boundaries with myself...
[Yoga] has changed. It's become more competitive both on the teaching and practicing side. It's a little more about looking at asana instead of looking within... So I think it's what you make it. 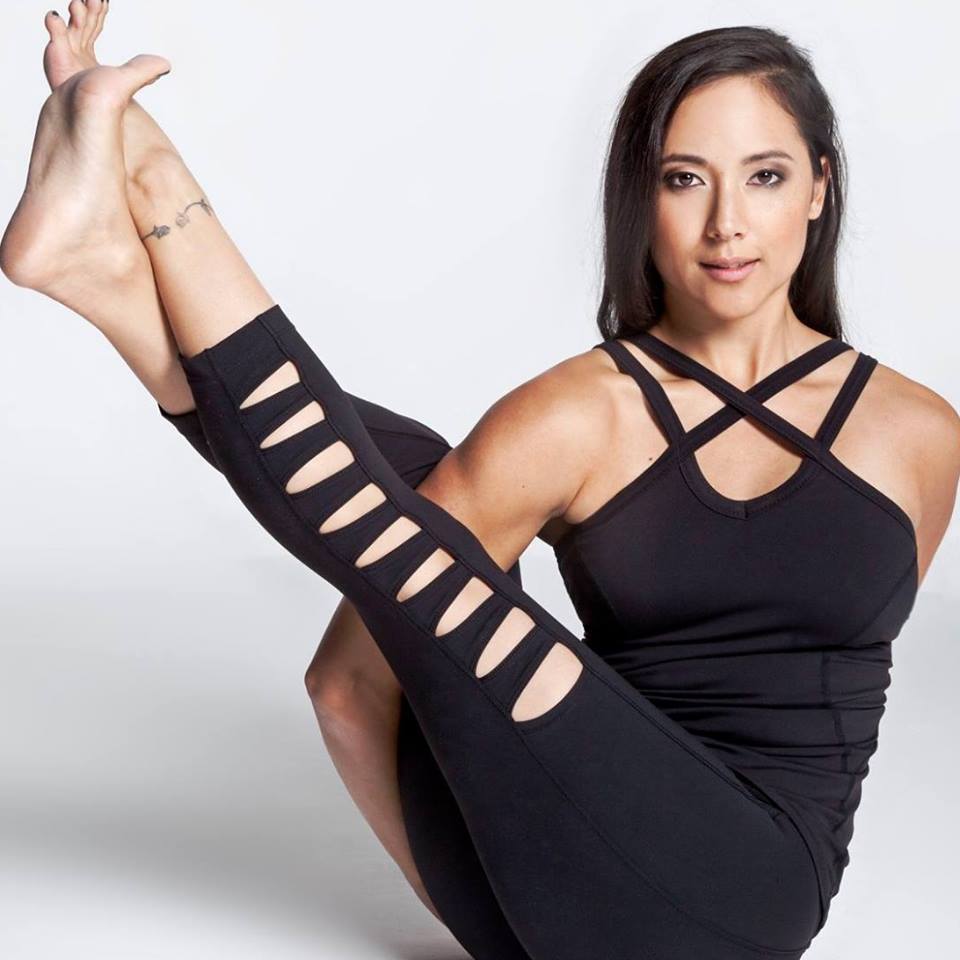 Kira: Touching quickly on one of your most visible projects, namely the Equinox video named "The Contortionist," you spoke about the importance of practicing compassion towards those who expressed negativity about your practice. What is it about compassion that makes it so critical to use when facing challenges like these?

Briohny: I think when I was younger and I experienced this with people around me as well, it was really easy to fall into that victim mentality and think that all of your problems are someone else's fault. That's a bad cycle because when you blame it on others, it's never going to change. You have to find a way to change it yourself. So with the Equinox video, I did have a moment, especially the first week it came out and I was looking at the comments where someone called me a stripper... I thought, "I have stripper friends and you know what, I kind of admire them!" So I lashed back and said, "Well thank you because strippers work their butts off, unlike you the keyboard warrior, sitting back there and just typing." And one of my mentors at Equinox said, "Umm, not the best response..." And I thought, "Okay, different approach..."

You have to be compassionate about other people's responses because it's really just reflecting what they feel inside. It's not personal; it's not you. They just sat there and watched the video and they felt bad. I have done that! I have felt bad about myself because of the things that I feel inside, so practicing compassion really helped me get through that time. And it's helped me with a number of my relationships, too â my mom, my husband â just being able to see my responsibility in the situation, feel compassion for them, and then get out of that cycle of constantly finding fault in others [and instead] fix what's inside of me or work on what's inside of me, so I can get myself out of those bad cycle problems.

Kira: We see you as an incredibly empowered woman both on and off the mat. We see someone who does the hard job of balancing the roles of mother, teacher, and trailblazer with the utmost grace and integrity. What does empowerment mean to you? 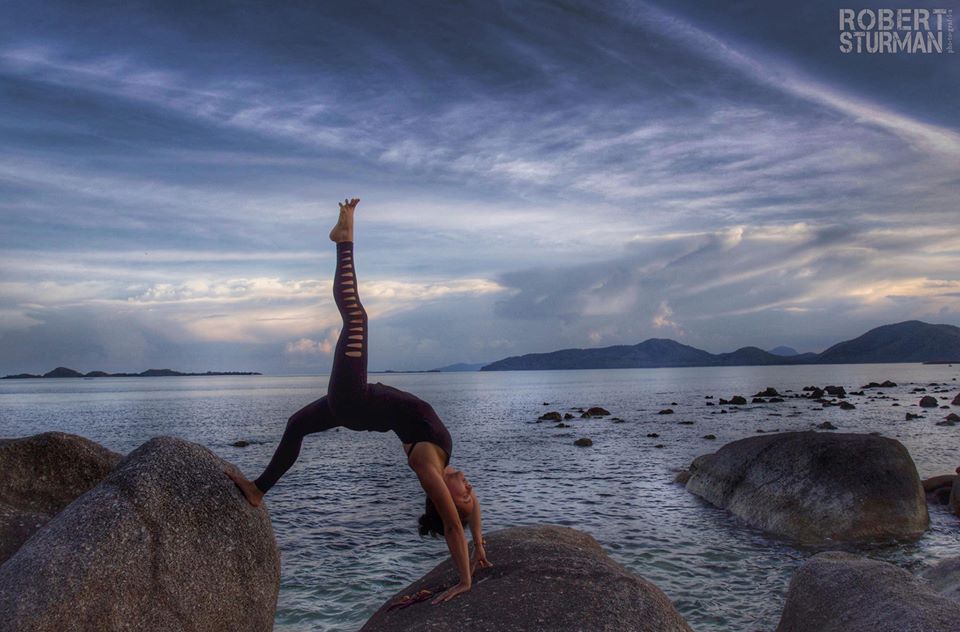 Briohny: Empowerment... I am empowered by my role models. Other women, the mistakes they have made, and the way that they have learned from those mistakes. It means that you have to have experienced something that has pulled you down, something that has hurt you in life, and you have picked up the pieces and risen back up and gone somewhere you never expected yourself to go. It's tough to take on that responsibility as an empowered woman because at times it can make you feel like you can't fail or you can't have problems. And I think that's tough. I realized about two years ago, that's not true. I think the more real you are, the better that is for people around you because they're going to realize, Oh, you're a person! That tends to happen a lot with yoga teachers. People think you are godly or you don't have issues or you don't have injuries. The more real you are with people, the more relatable you are, too. An empowered woman is that person who is real, who, like me, has the jiggles. I've got all the same issues you do its just how you deal with them.

Briohny: I look up to my mother. She's got her issues like we all do, but she has done so much in her life and continues to at sixty-seven. In the yoga community, I have always looked up to Kathryn Budig. She is the reason why I'm teaching. I used to take her class, and before I met her every yoga teacher [I had practiced with] was in her 50's without kids and just really dedicated their life to yoga. She really made me see that you can do so much with your life, not just one thing. There are a lot of great women â Elena Brower, Tara Stiles is great, just people who are doing things differently, I admire. 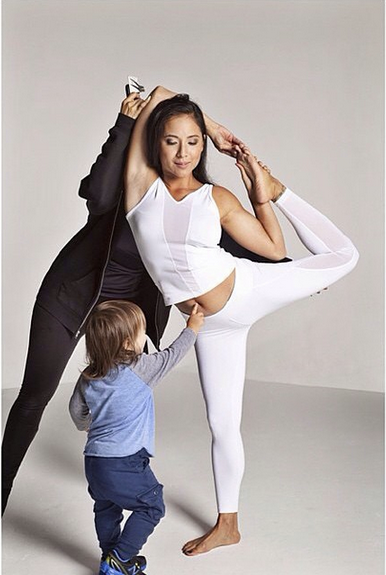 Kira: What has been one of the biggest challenges you've faced and how did you overcome it?

Briohny: ...I'm still challenged all the time! Challenged to get along with my husband and to stay sane. But I would say my biggest challenge is when I left my daughter's dad and I had to go through a two year custody battle with him. We've grown so much in the past eight years since and we're friends now, but it took a long time to get there. It was really bad. Whatever his motives were, I'm not going to trash him, but he tried to get custody so he wouldn't have to pay child support. All of these crazy things that emotions make you do! So for two years, [I was] living with my parents and had no money and I was flying from LA to Houston for jury trials and having my life ripped apart. Fearing that I was going to lose my daughter, crying in the closet and telling her, "I'm not crying, everything's fine." It was so bad! It was a horrible time in my life, and it's made me so strong. It has also made me a little bit clingy to my children! That was definitely the most trying time in my life, but it has made me stronger and made me appreciate my life more and make more sound choices. I could totally blame my ex for all of the pain we went through, but of course I have some responsibility in the situation. I could have made better choices and dealt with him better. We both were jerks to each other and prolonged the whole ordeal, so that was tough, and yoga really helped me through those time. That's when I started doing inversions for balance in my yoga practice because I felt like it really helped with the empowering and confidence building that I needed.

Kira: When you fight fire with fire, it just gets bigger. It took me a long time to figure that out.

Briohny: Yes, me too. I used to be so fiery before! We were both fiery...

Stay tuned for Part II of this interview which will be in your inbox at the end of the month!