Slow It Down: 5 Reasons You Should Try Restorative Yoga

Slow It Down: 5 Reasons You Should Try Restorative Yoga

In our fast-paced world, taking the time to slow down and reinvigorate the sacred mind-body connection is much easier said than done. Our lives are filled with infinite distractions that can make it difficult to carve out the time it takes to feel truly in touch with ourselves. Indeed, from a young age, we are taught to internalize the values of our profit-driven society, measuring our days in terms of productivity and thinking of our endeavors as if they are items on a checklist. When it comes to taking care of our bodies, it’s all too easy to become stuck in this toxic mindset and allow it to inform how we think about working out. Despite popular belief, the best things for your body are not always the most rigorous. Enter the practice of restorative yoga. 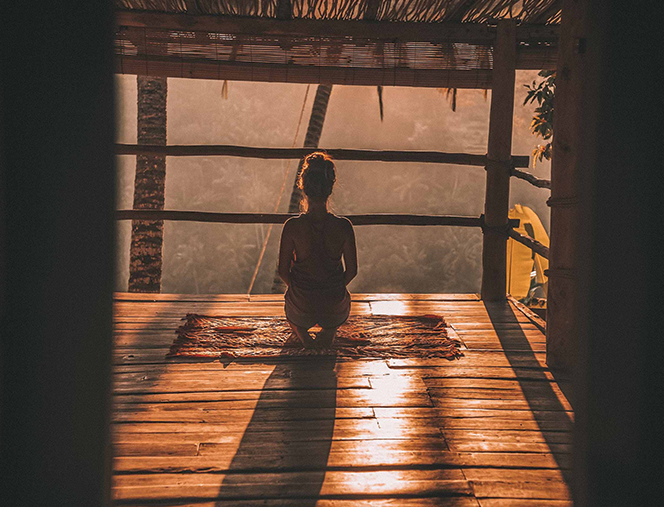 Restorative yoga represents an opportunity to step out of our frenetic mental frameworks and recenter ourselves. Although all forms of yoga are rooted in the fundamental principles of mindfulness and breathing, this particular form of yoga takes mental awareness to a whole new level. Designed to imbue its practitioners with a deep sense of calm amidst the chaos of daily life, the benefits of restorative yoga include allowing you to slow down, stretch out, and truly take time for yourself. Restorative yoga goes above and beyond paying lip service to the popular modern idea of self-care and asks its practitioners to see personal growth as a lifestyle rather than a chore. Indeed, the benefits of practicing restorative yoga are clear and measurable, as evidenced by studies that reveal the following:

Over time, practicing restorative yoga can quite literally rewire the way you think. The slow, deliberate nature of restorative practice triggers what is known as the parasympathetic nervous system, which is connected to humans’ instinctual fight-or-flight response. With routine practice, the stillness and long-lasting poses of restorative yoga are capable of altering these neural pathways to promote a heightened sense of inner peace and subsequently a less reactive version of you. 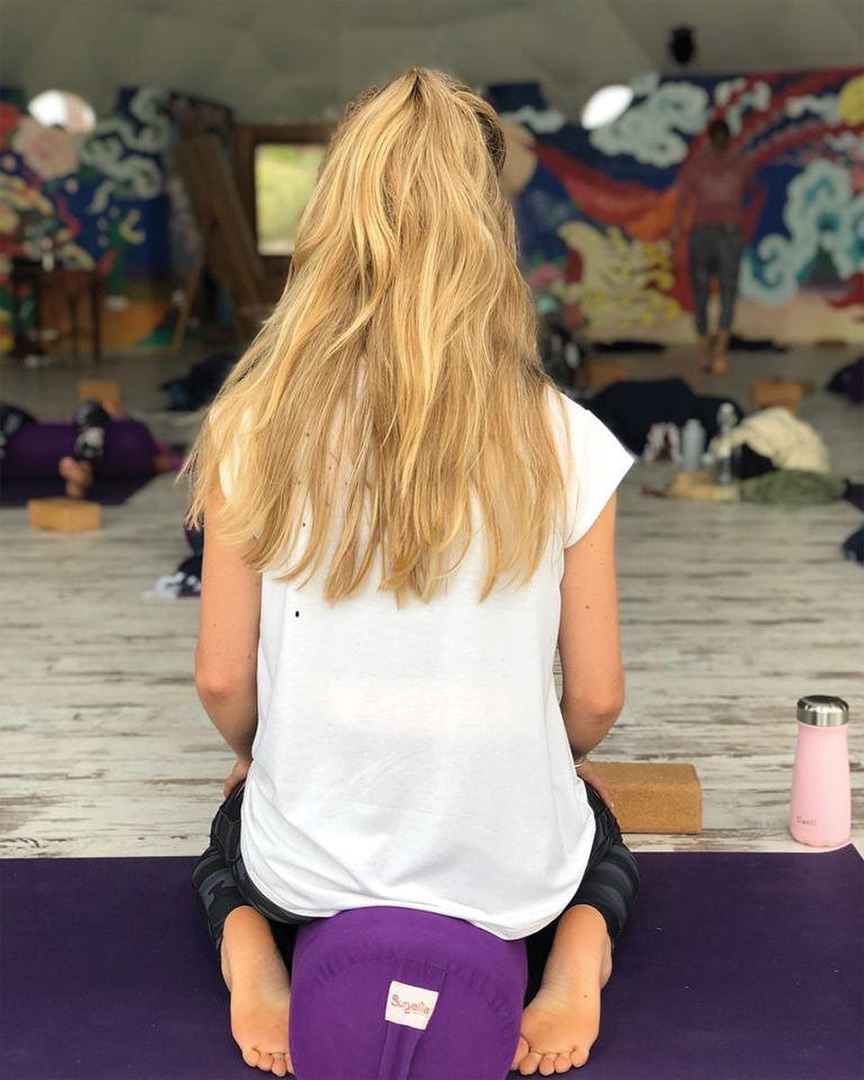 Because relaxation plays such a central role in restorative yoga, unsurprisingly, the practice is credited with a host of immune-boosting benefits. By reducing stress and eliminating toxins from both body and mind, regular practitioners of restorative yoga are likely to get sick less frequently and generally feel more energized than those who do not engage in restorative practice.

As mentioned earlier, there is perhaps no better stress reducer than restorative yoga. Worn thin by the hectic happenings of your day? It might just be time for you to grab your mat and head over to a restorative yoga class, where the pointed focus on deepening your breath and surrendering your mind to stillness can have a transformative effect on your mood. 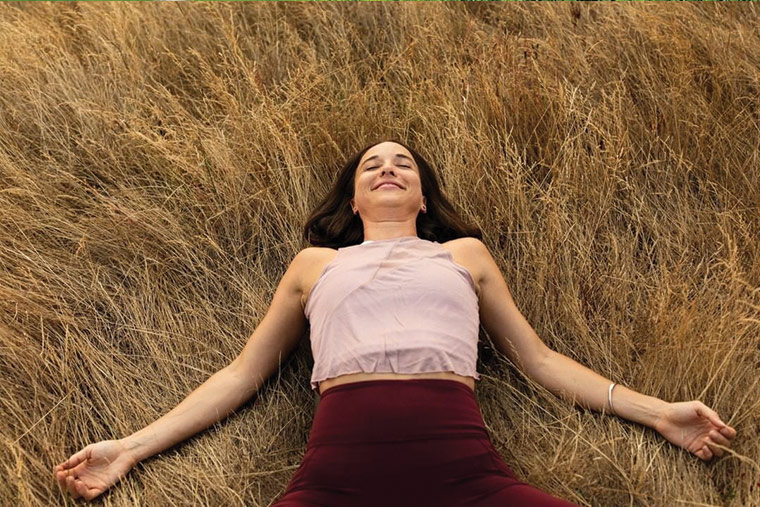 Due to the heavy emphasis on elongated periods of deep stretching, restorative yoga is one of the quickest pathways to seeing results when it comes to improving flexibility. To many people’s surprise, sitting in stillness can require a shocking amount of mental fortitude. As sports psychologist and restorative yoga student Eric C. Stevens notes in an article entitled “What the Heck Is Restorative Yoga and Why Should I Do It?”, “I don’t think I’ve ever tried an exercise class where my body was less challenged and my mind more challenged. That is not quite an exact statement as the act of simply sitting cross-legged for extended minutes can be physically excruciating for me - my sit bones and knees beg for a shift of position just after a few minutes. In such moments, the willpower that serves so well in regular exercise does little for you. You simply have to sit with that discomfort and find a way to face and move through it.” Talk about building character...

5. Gets you in shape

If you’re wondering how a restorative practice based on such limited movement can help you get leaner, you’re not alone. However, according to a 2013 study conducted by the University of California, San Diego, practicing restorative yoga is actually associated with weight loss. Yogis who engaged in restorative practice over the course of 48 weeks experienced more positive changes in their bodies as compared to women participating in more active regimens over the same length of time. One likely reason for these results is restorative yoga’s capacity to reduce the stress hormone cortisol, which has been linked to excess body fat.

How does restorative yoga differ from other forms of yoga?

Each style of yoga features its own unique combination of poses and breathing, and to some extent, restorative yoga can be thought of as an umbrella category that contains various different techniques for deep relaxation. In general, restorative yoga is characterized by simple poses with extended hold times and an emphasis on passive stretching. If you’re wondering what is restorative yoga, you might assume that it’s just a slower-paced version of more popularized aerobic yoga options. What most people don’t realize about restorative yoga is that it relies on a number of specific props that aren’t necessarily used in your typical flow. Although certainly a slower-paced form of yoga, restorative yoga is also a unique structure through which to stretch both your body and mind.

Props allow for a wider range of expression during stretching poses, which in turn leads to deeper sensation and greater flexibility. In a restorative yoga class, it’s not unusual for yogis to do a limited number of poses--sometimes as few as two or three, depending on the instructor--with the emphasis being the length of time spent in each pose. Typical props in restorative yoga include blocks, bolsters, sandbags, straps, eye and neck pillows, and yoga blankets. For those who may be unfamiliar with some of the less common items and their purposes (and may feel intimidated walking into class for the first time and seeing so many unfamiliar objects!), it’s helpful to have a basic understanding of the essential restorative yoga props and their uses. 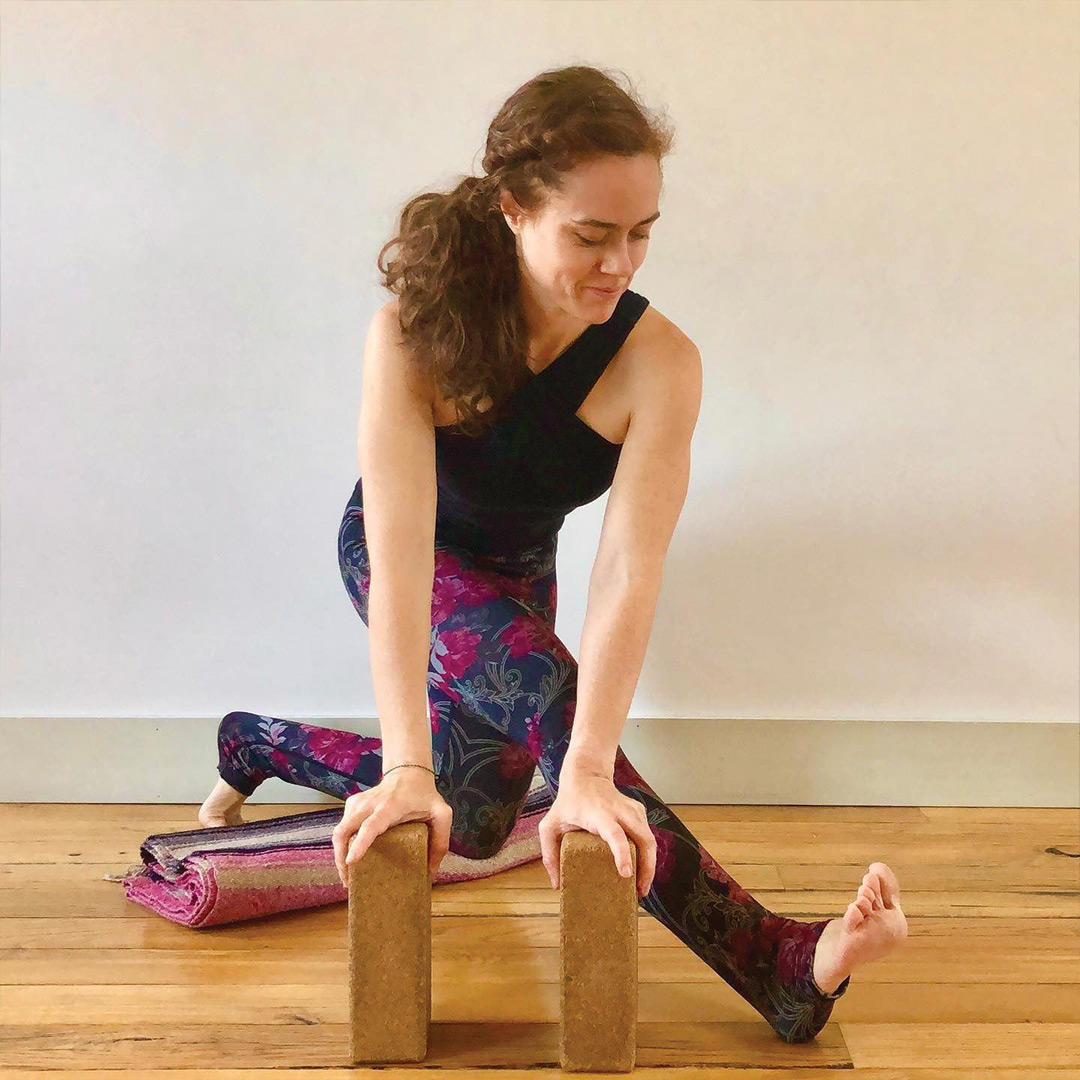 Yoga bolsters are rectangular cushions that are helpful for achieving a wide range of heart-opening and lower back-lengthening poses. Of all the props used in restorative yoga, bolsters are arguably the most multipurpose, as they can be used at a variety of different heights for varying breadth of sensation. Most poses in restorative yoga are adapted from supine or seated positions to reduce unwarranted tension, making the bolster an integral tool to enhance the overall progression of your practice.

The yoga strap and block are likely already familiar to some, but whereas they may be seen as optional in other classes, in a restorative practice, these props tend to play a much greater role. The strap can be helpful in achieving a deeper stretch for the lower half of the body, while the block can provide extra support for those seeking to work on their alignment. The block also minimizes the unnecessary strain that is seen as antithetical to an authentic restorative experience. Helpful for added warmth and cushion, yoga blankets can be placed behind the head, neck, and knees, as well as on top of the legs and abdomen during practice. The yoga blanket also speaks to the ultimate goal of a restorative yoga class, which is total relaxation. Neck pillows and eye pillows are self-explanatory, but both contribute to the same calming effect. 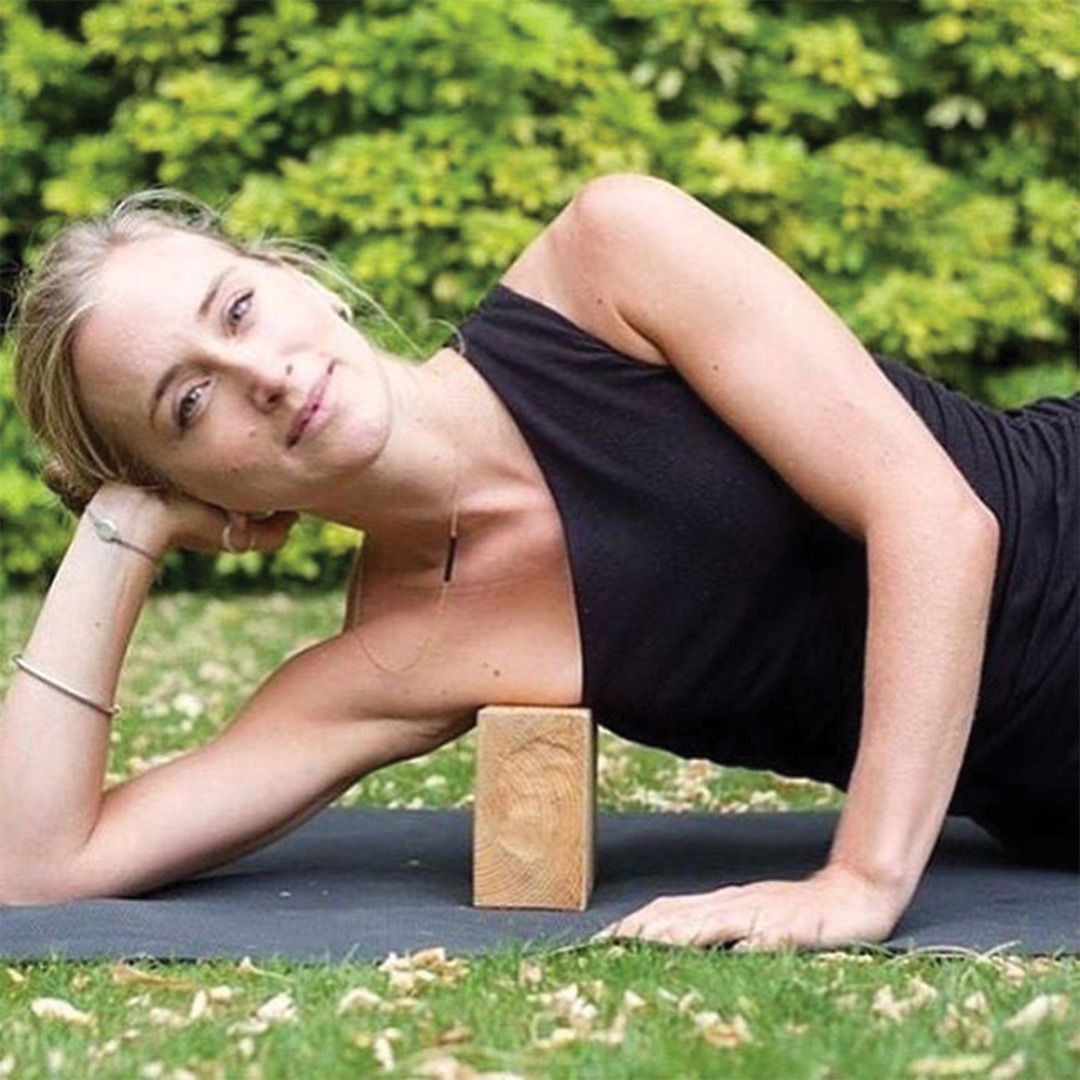 Because props rather than your muscles are bearing the brunt of your body weight, there is no doubt that restorative yoga serves as a mellower complement to more athletic styles of yoga. For those yogis or fitness lovers that value a more arduous practice, making time in your life for restorative yoga might seem like the loss of a “real” workout. However, just as a highly trained professional athlete makes time for the necessary incorporation of restorative treatment to offset her more physically demanding workouts, so, too, should the high-powered yogi make time for exploring the restorative practice. The impact of this decision will be realized in full as you move back and forth between restorative practices and your more strenuous yoga routines.

All in all, when it comes to the benefits of restorative yoga, you really can’t go wrong. From psychological to physical transformation, the proof is in the stretching--which means it’s about time you start getting familiar with all those props. Trust us: you won’t regret it.

If you liked this blog, check out our other blogs like: "Sitting too Much? 5 Ways to Get Moving," "8 Different Types of Yoga: Explained to Help you Choose", "3 Poses for a Quick Reset", and "Routines & Schedules: Why Something That Sounds Boring Is Powerful."