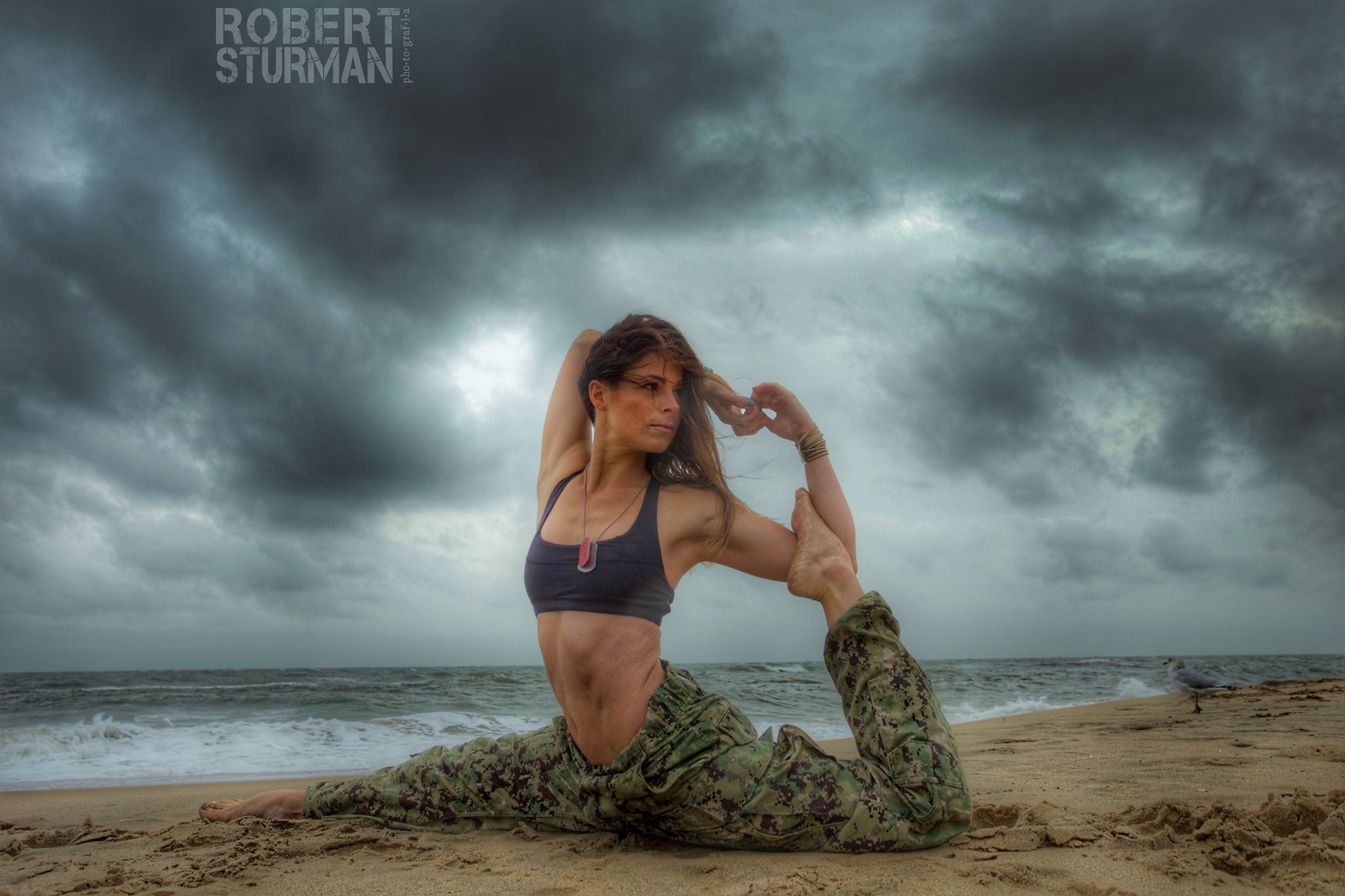 Why are so many of us still running solo?

âA woman in a manâs worldâ is a phrase that has been bothering me a lot lately.

Where does it come from and what does it stand for? But more importantly, and what really gets me â why does it always say woman, as in singular? It may be a manâs world, but why does it sound so lonely for the women who live there? When did we lose our pack?

Go ahead. Ask yourself. In this rat race of competing, have you been running solo lately?

Too many of us have been. In fact, it may even have felt like strength â this running solo, running faster â without anyone slowing you down or holding you back. You may even have felt like it was the only way to be accepted by the male dominated pack. And maybe it was.
But maybe there is another way to run with the wolves â with a different pack that plays by different rules.

I speak from a lifetime of experience running solo. I understand your reluctance. Your desire to keep up with the boys, to prove that you can run, and hunt and succeed, just as well as they can. It feels good too doesnât it? To be âone of the boys.â Itâs powerful, this feeling. But why then does it still feel so lonely?

Your wolf pack has been calling and howling for you... and it may not be the one you have been trying so desperately to join.

I had thought for a long time that running with the boys was in itself âfightingâ against the stereotypes and proving that woman should be accepted in the pack. I thought I was supporting our equality, worthiness and in some ways thought of myself as an undercover feminist. I believed that excelling in a âmanâs worldâ even if solo, was a form of rebellion.

And in some cases, it probably was. But what if this running solo is actually holding us back? 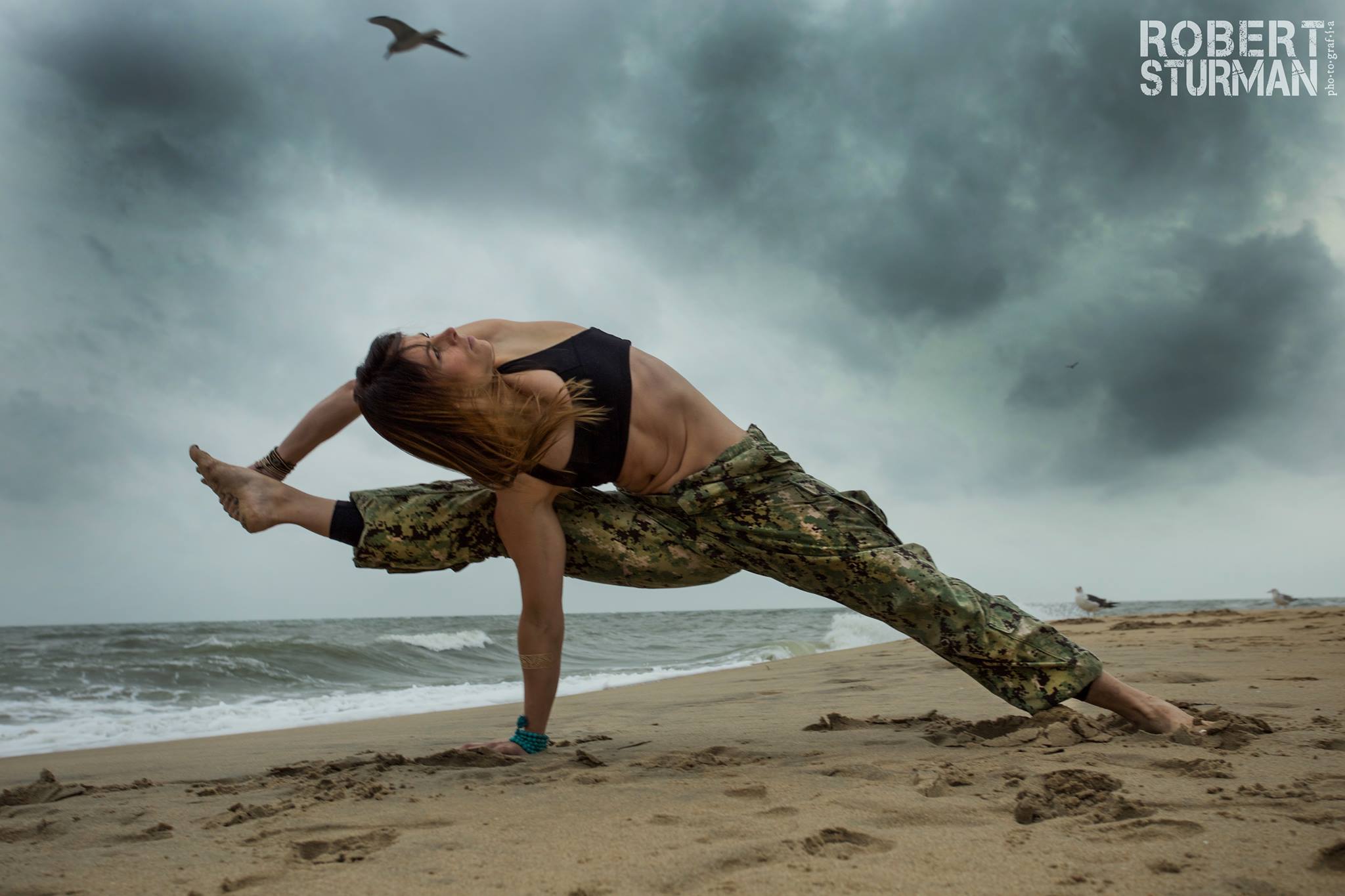 In 2006 I graduated U.S. Navy flight training and joined a very small cadre of female F-18 Navy jet pilots living in a âmanâs world.â We were tough, strong, ran with the boys, and fought ferociously to be accepted by our male-dominated pack. And yet ironically, scarcely did we bond, hunt, or run with our fellow females. We were all trying so hard to be âone of the guysâ that we found ourselves keeping a distance from one another â as if the only way for the men to accept us was to let go of any identity which bound us to our sisters. During my last deployment on an aircraft carrier with over 5,000 men and women, I was one of only two female pilots onboard. She was a helicopter pilot, a nice girl struggling just like myself to âmake-itâ and be accepted by the boys.

This isnât an uncommon story â even if you were not in the military. 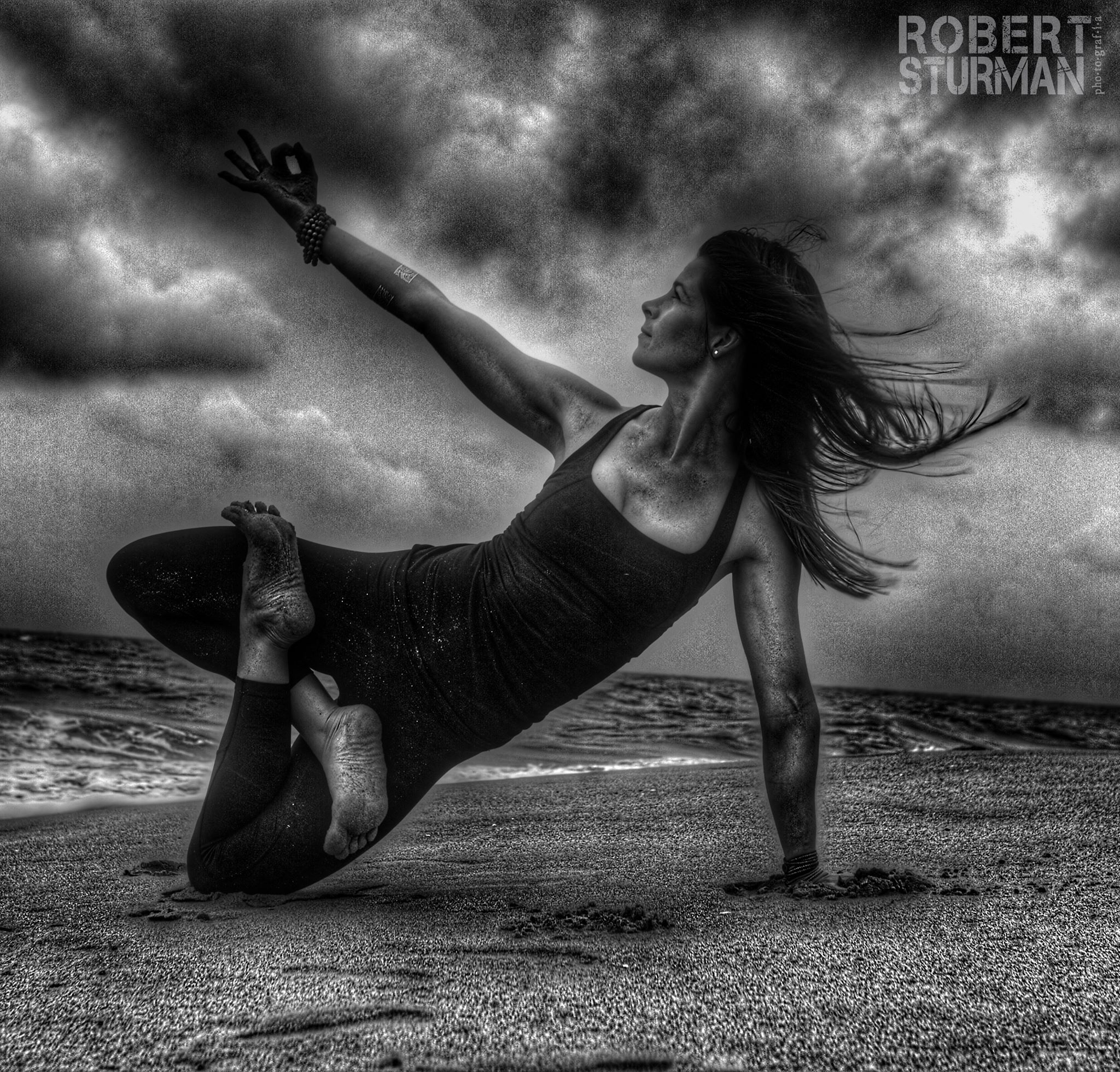 We as women, too often run solo.

But why? Why do we so quickly turn our backs on one another and run off alone trying to chase down another pack? Unfortunately sometimes it is the only way to be accepted by the new pack.

How often have you chosen to run solo for this acceptance? Believed that in order to be taken seriously, it was better to be on your own â distanced from the other females of the group?

But where does this come from? And at what cost?
Why do we repeatedly run away from our Warrior Women Wolf Packs?

The answer is simple. Because men are intimidated by us when we run together. But before we go wagging the finger at them, we must not forget that we are the ones choosing who we run with. It would require an entirely different article to ponder the plethora of reasons women sabotage female relationships - insecurities, trust issues, jealousy, to name a few - but for now, the real question is simply, what do we lose when we run off alone?

When we stick together, we become a force far greater than simply our sum. âWe amplify,â as the warrior woman Suzanne Sterling would say. And for fear of what that feminine amplification would make the boys think of us, we compromise. This is a choice we make. We keep our sisters at arms length. We create space to show how âuniqueâ and âdifferentâ we are from the other girls, hoping the boys will accept us if we show we donât run with girls. How often have you heard a woman say âI just get along with guys betterâ or âIâm just not like the other girlsâ?

But what if we paused and honestly looked in the mirror to ask, âCould we possibly be the ones pushing other women away?â The answer is probably more âyesâ than we care to admit.

Clarissa Pinkola EsteÌsâs Women Who Run With The Wolves is fantastic soul vitamin book for any healing solo wolf. It is a stepping-stone to finding our Warrior Women Wolf Pack again. The introduction states, âA healthy woman is much like a wolf: robust, chock-full, strong life force, life-giving, territorially aware, inventive, loyal, roving.â

It is time for us to find this loyalty again, not just to running faster, but also to running together - to serving and even leaning on the other women around us and to stop compromising to fit in with the boys. Just for a moment, let yourself imagine a place where nurturing, understanding, and your deepest darkest fears were not only welcomed but also protected? What are warriors, if not defenders? That is what Warrior Women Wolf Packs are instinctually meant to be.

But it should not end there. Recognize the solo wolves around you, and call them back to the pack as well. This Wolf pack has been howling for a long time. The women of our past understood this. Think of the women who have howled at you and are still howling now. Stop. Listen. Deep within each of us, there is this howling to return to this Warrior Women Wolf Pack. Even if partially muted and partially censored by our own restraint, there is always still howling. 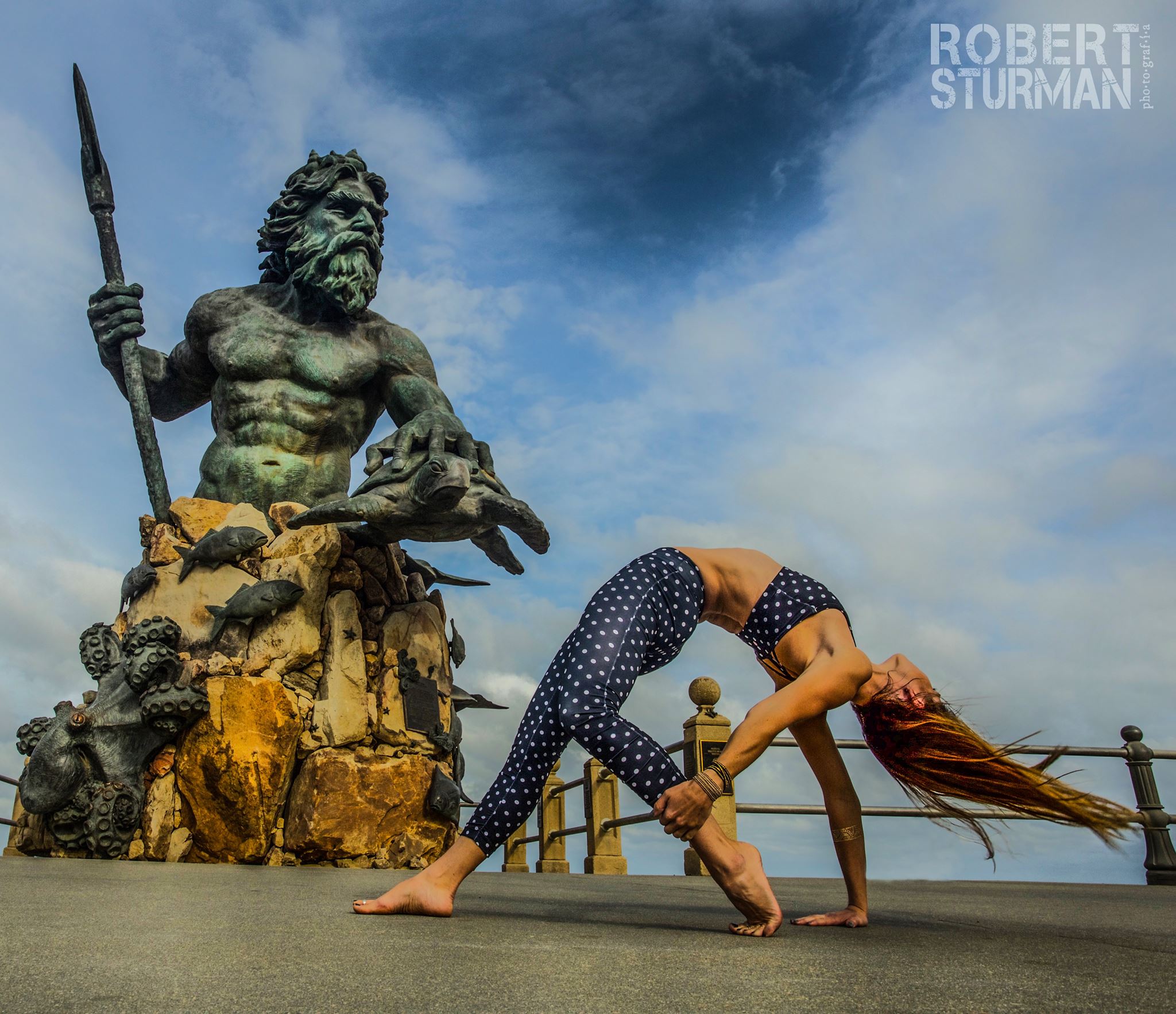 So what if we howled back a little bit louder â what other solo wolves could we bring back to the pack of warrior females?

Imagine how we could reduce the loneliness of striving alone if we focused on amplifying the strength of this ferocious sisterhood.

To all my fellow warrior women, I howl for you to join with me and remember:

Her radiance does not dim your glow.
Her strength is not your weakness.
Her success is not your failure.
She is your wolf pack, her howl is your own.

If you enjoyed this blog, check out our other blogs like: "A Warrior Among Us," "Back to Black: Our Most Flattering Black Yoga Pants," "Slow It Down: 5 Reasons You Should Try Restorative Yoga," and "‘Amor Fati’ – Love of Fate: 5 Mantras to Embrace the Here & Now."