The Shadow of Social Media

The Shadow of Social Media 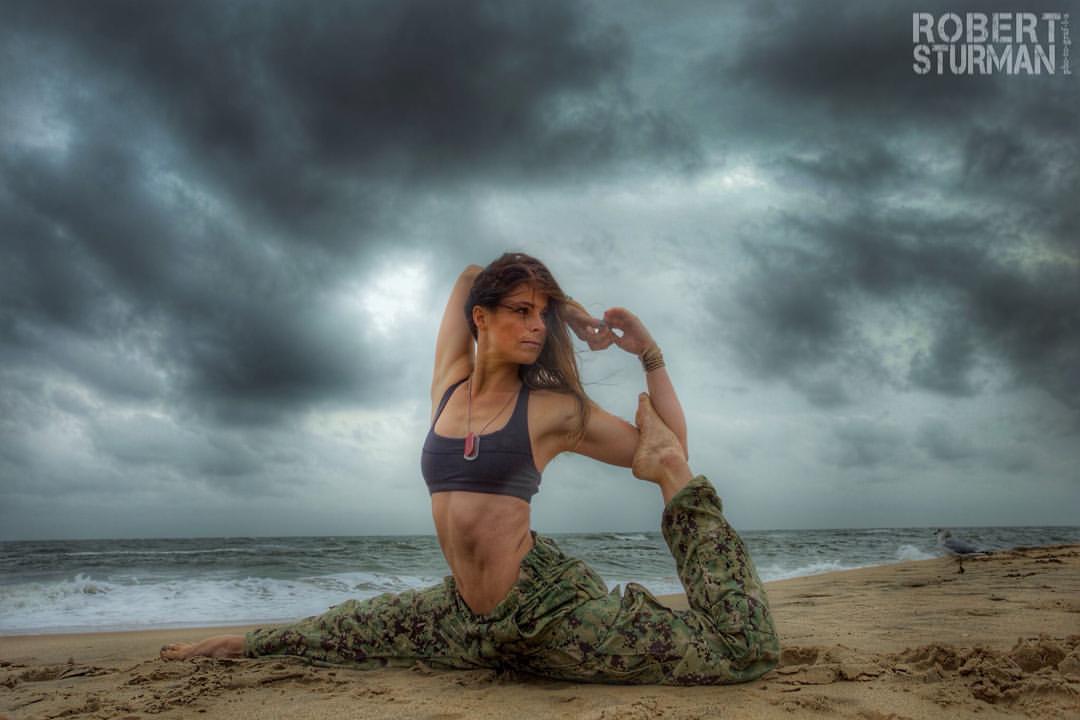 Weâve all been there â a bystander eavesdropping on the inner battle amongst the myriad of voices arguing within our own head.

âIs it my ego or my love for yoga that wants me to post this picture?â

âBut what if it inspires others to try it and face their fears as well?â

âItâs a really fun pose and thereâs so much Iâd love to share!â

With the onslaught of yoga pictures and posts on social media, we can often be confronted with a very personal dilemma â sharing our passion for yoga and all the funky challenging asanas that come with it, and the subliminal voice that says, âYouâre doing more HARM than goodâ.

So here we stand, usually upside down in some playful handstand or arm balance, fueled by our desire to make others smile, lighten their load, and inspire wild inversions that boost energy, self-esteem, and comfort within instability.

But what about the unglamorous side effects? 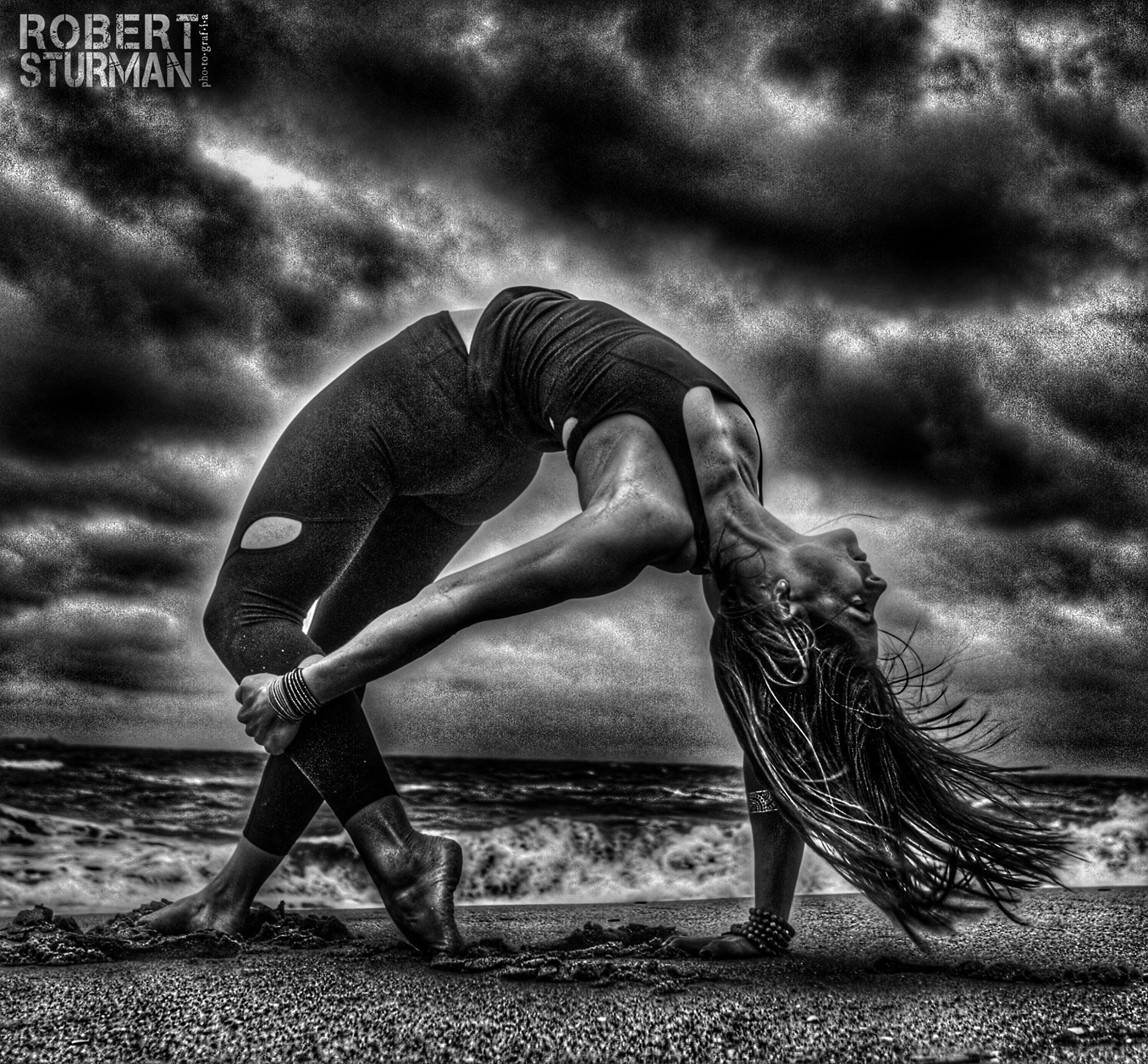 The shadow side of yoga on social media that discourages instead of inspires?

Weâve all heard too many friends say they did not want to even try yoga because they could not do the ridiculous poses theyâd seen on Facebook and Instagram. Unfortunately, weâve also probably read plenty of articles bashing yogis for these alleged âshow offâ posts as well.

Chances are, even if you can float into Handstand or easily spring yourself in Wheel Pose, youâve probably still felt this way when seeing some of these posts.

Possibly even disheartened at a new yogi-goddessâ perceived grace in a pose and our own perceived inability. And donât forget that sneaky uninvited guest in our head called jealousy! That icky feeling that arises from looking at anotherâs glorious yoga pose can drive us to the deepest darkest recesses of our own mind...

â¦and LAUNCH yourself in a vain attempt of this new glorious pose with not so much as a Sun Salute or conscious breath to begin.

Or, you scroll past a friendâs post in the newest epic picture of perfection and it registers in your mind, âThere is simply no way my body will ever fumble its way into that crazy CARNY position!â

In the world of yogi pictures, posts, and âover-sharingâ, where is the balance? 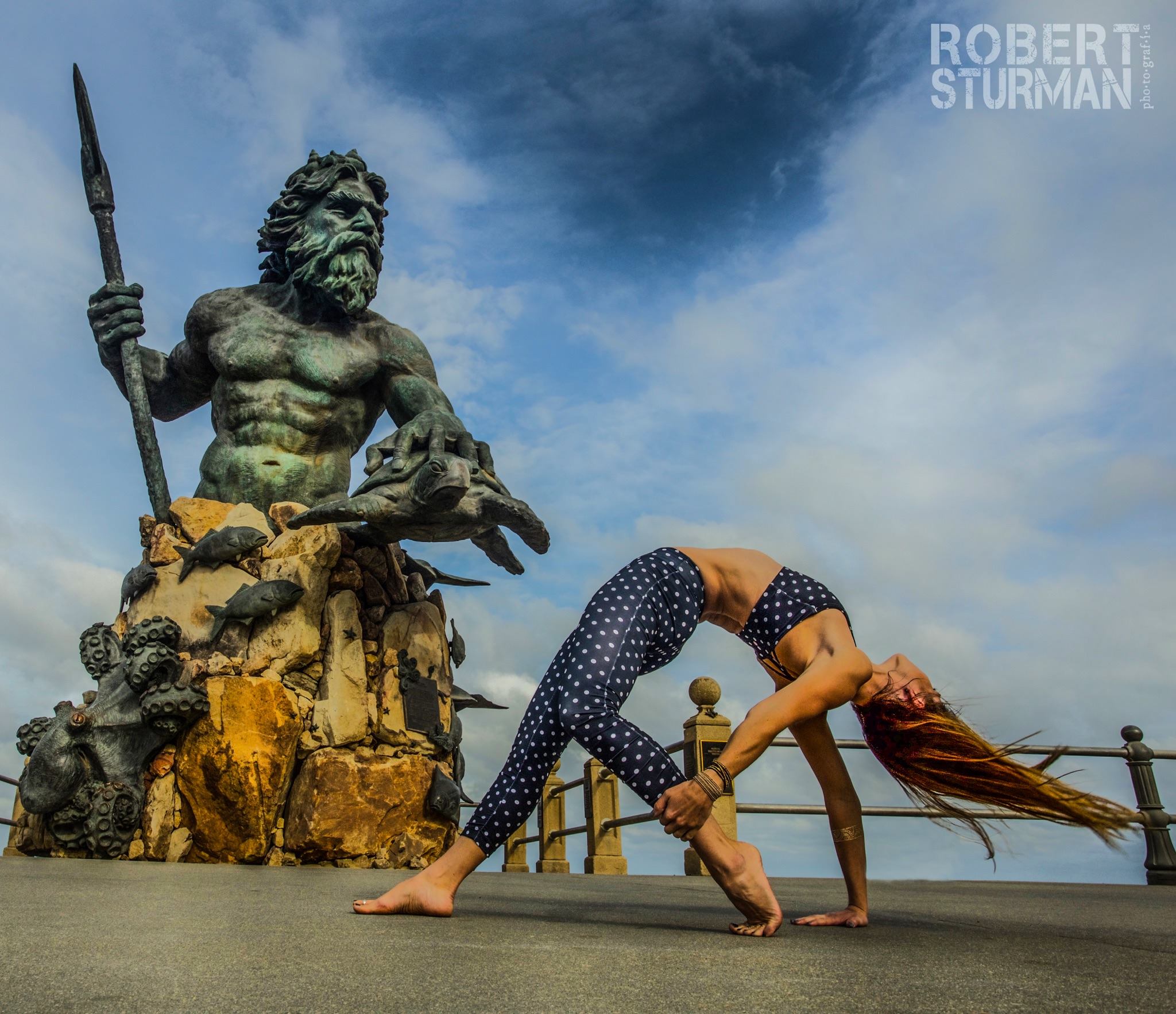 Tip-toeing the line of trying to inspire and yet possibly disheartening the same audience, one thread of purity and intention keeps coming back to mind... lighthearted play.

Divine play or in Sanskrit Lila, as one of my wonderful teachers once shared, is the only answer Iâve found.

Something that is done from BLISS, by BLISS, for BLISS.

Lila is defined as âfreedom as distinguished from necessity.â It is very closely related to one of the YAMAS, Aparigraha or non-attachment.

Think of a child on the beach, spending hours building their sandcastle simply to knock it down and start over. No attachment. No showing off. Just bliss.

The more we can be completely unattached to the bliss of building, smashing and starting over, the more humor & humility may hopefully come through in our posts and pictures. But it takes a conscious effort. Before we post that next picture or video, it can't hurt to ask, âWhat am I actually trying to share?â If the answer is bliss, than youâve found your Lila. 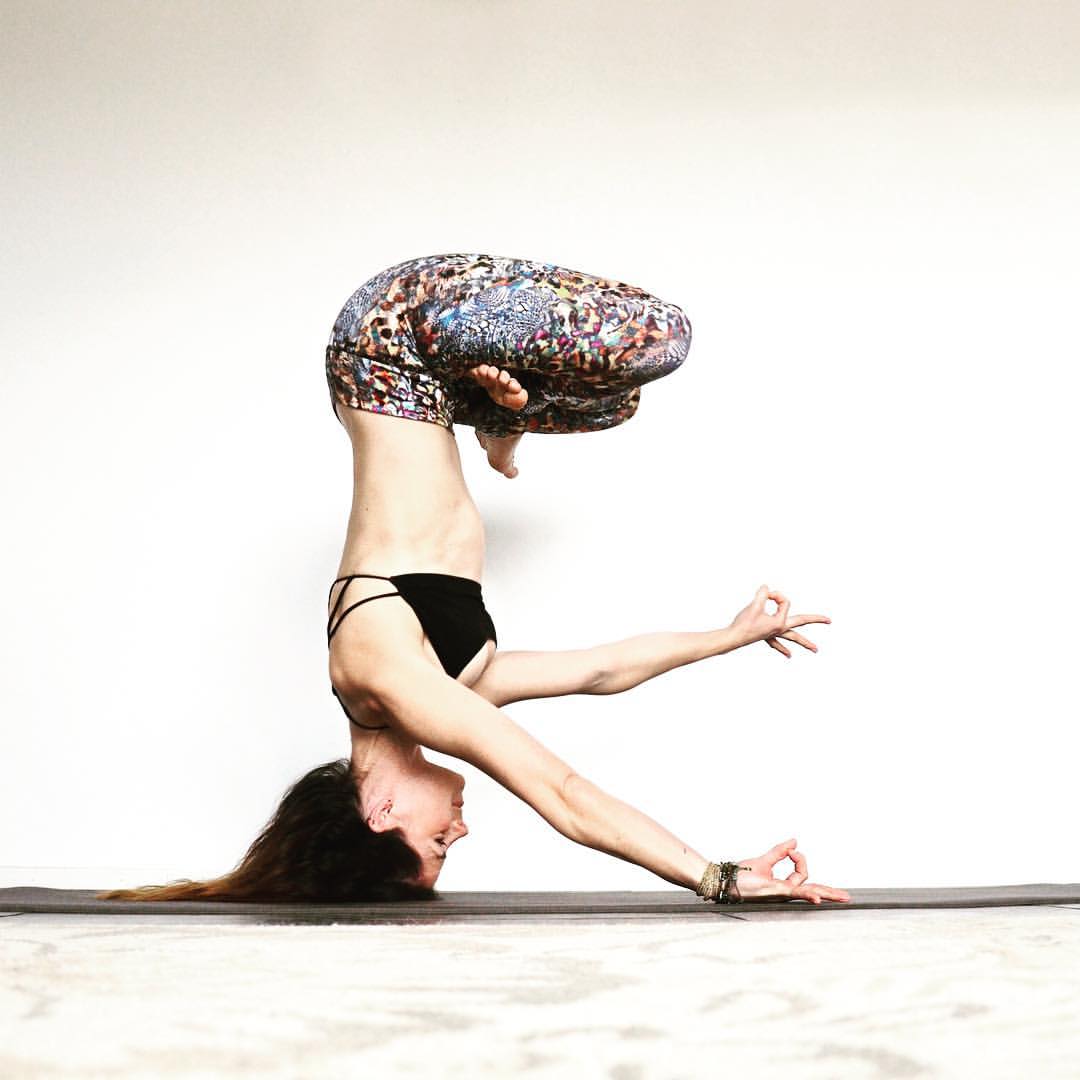 Consequently, by inviting this honest conversation with ourselves, hopefully weâll prevent the ego from swelling enough to fashion, self-indulgence, and attachment to these posts. Maybe then they can exist simply for themselves. To be fun, to inspire, to share an experience, then to be smashed and let go of like a sandcastle on both the receiving and posting end.

It also canât hurt to post the reality of these poses once in awhile as well. The parts where we tumble, fumble, and crumble to the ground, simply to get it up and try it again. This is often where true inspiration and the heart of Lila reside â in experience versus in perfection.

Because, isnât that what itâs all about in the end? 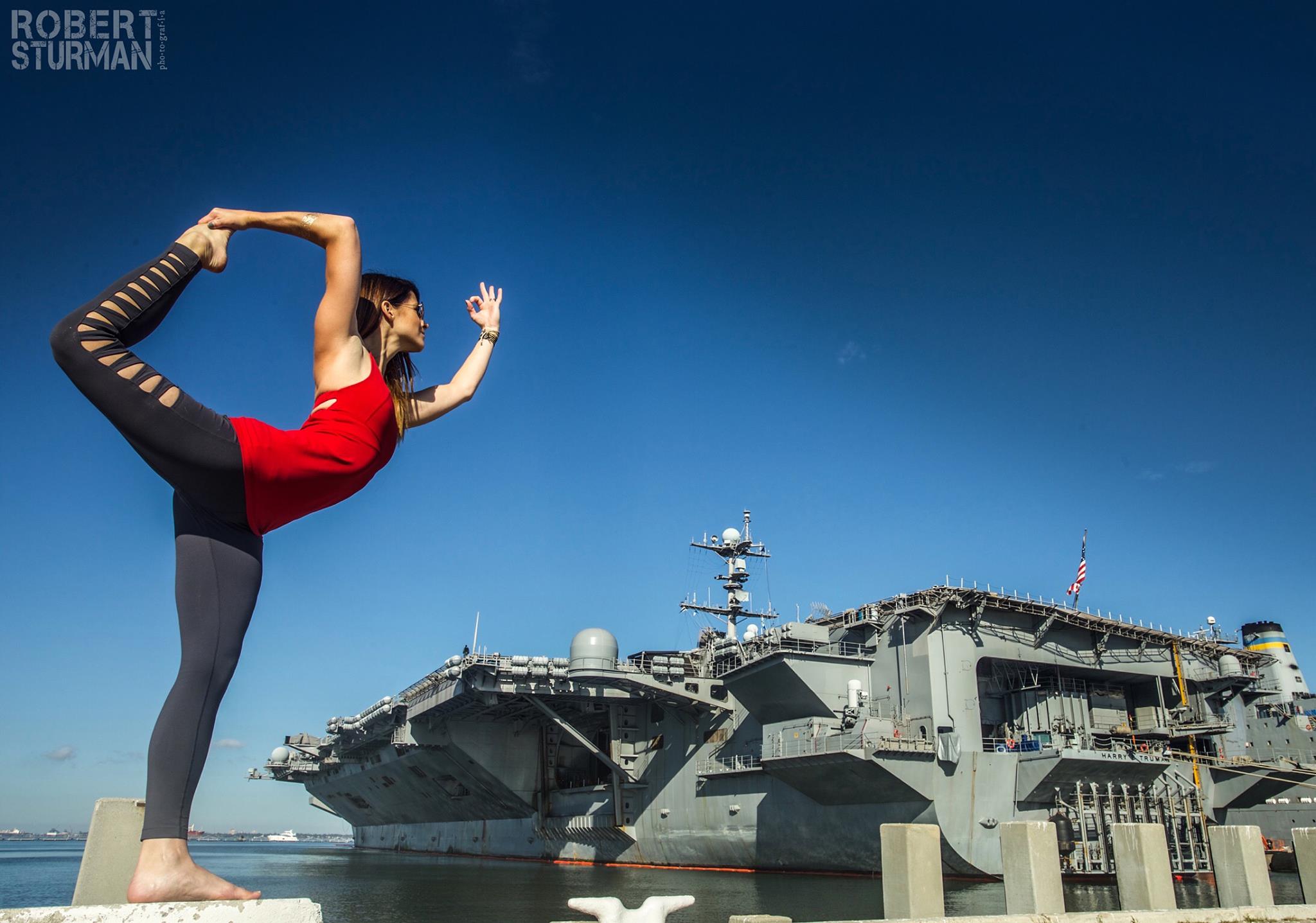 Liz Corwin's journey to yoga began as an escape from the stressful and competitive life as a U.S. Navy F-18 pilot. In 2008 she began sharing her practice with pilots and friends while on deployment aboard the aircraft carrier U.S.S. Truman. After leaving active duty, Liz completed her 200-hour certification and remains faithful to the motto âforever a studentâ.

Her studies have led her across the country and around the world tracing various yoga lineages through Nepal, Bali, Australia, and the birthplace of yoga, India. Lizâs passion lies in expanding yoga awareness through a curious and playful practice emphasizing physical alignment and the supreme importance of having fun.

Liz is currently an ambassador to The Give Back Yoga Foundation, sharing the transformational benefits of yoga with other military Veterans through group, private, and donation classes.

To connect with Liz, and find ways to support Veterans in your community, visit www.facebook.com/lizcorwin, www.instagram.com/lizcorwin, or www.walkaboutyoga.com.